Urdesh: The Magister and The Martyr (Paperback)9.52 Euro € 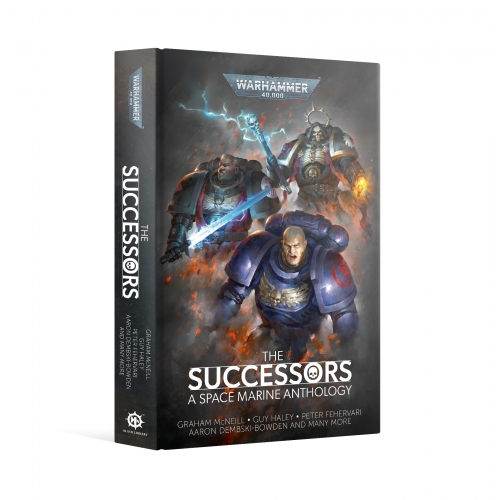 The Successors: A Space Marine Anthology

The successor Chapters of the Space Marines number in the hundreds, founded to fight for the survival of the Imperium. Across 13 short stories by 10 different authors, discover the history, customs, and stories of 12 different successor Chapters, from famed warriors to unsung heroes.

Discover successor Chapters new and old within this anthology of short stories by some of Black Library's premier authors.

DESCRIPTION
The Space Marine Legions of old are dead, torn asunder in the wake of the Horus Heresy. In their place have risen a thousand Chapters, each unique, each carrying the legacy of their founders across the countless battlefields of the Imperium.

The Flesh Tearers spill blood in a war of brutal attrition.
The Emperor's Spears keep a tireless watch where their brothers have fallen.
The Consecrators search the dark places for relics, artefacts of power from the noble past.
The Crimson Fists vow, with bloodied hands, to become Dorn's glorious vanguard once more.

These are the Imperium's bulwark against terror, the Emperor's Angels of Death. Forged from the genetic material of the demigod Primarchs, it is by the might of these Adeptus Astartes that the growing darkness of the galaxy is held at bay – for the Space Marines know no fear

Psychic Awakening: Ritual of the Damned