Magnus the Red, Primarch of the Thousand Sons Legion115.48 Euro € 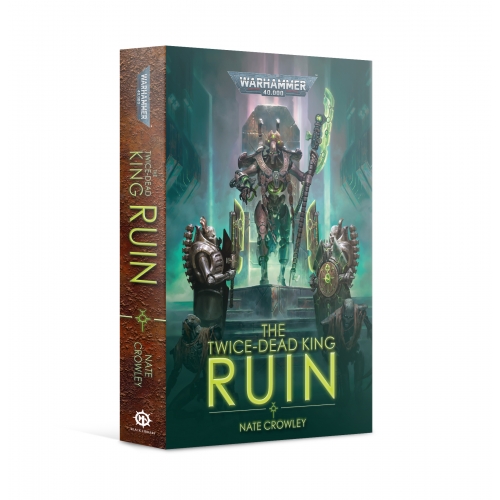 Pride is everything for the dynastic necron kings, who have awakened after millennia to see their empires occupied by foul beasts and simple minds. The Ithakas dynasty was to be Lord Oltyx's by right, but the machinations of the court see him stripped of his position and exiled to a forgotten world.

READ IT BECAUSE
See the struggles of the necron court from their own eyes, and discover the lengths one Lord will go to for the status he desires.

THE STORY
Exiled to the miserable world of Sedh, the disgraced Necron Lord Oltyx is consumed with bitterness. Once heir to the throne of a dynasty, he now commands nothing but a dwindling garrison of warriors in a never-ending struggle against ork invaders. Oltyx can think of nothing but the prospect of vengeance against his betrayers and the reclamation of his birthright, but the orks are merely the harbingers of a truly unstoppable force. Unless Oltyx acts to save his dynasty, revenge will win him only ashes. And so he must return to the crownworld and to the heart of the very court which cast him out. But what awaits there is a horror more profound than any invader, whose roots are tangled with the dark origins of the necrons themselves.

Grombrindal: Chronicles of the Wanderer (Hardback)